Chris Arthur was born in Belfast and lived for many years in County Antrim. Following a period working as warden on a nature reserve beside the shores of Lough Neagh, the largest lake in the British Isles and Northern Ireland's enigmatic geographical heart, Arthur went to university in Scotland. After graduation he spent some time as a TV researcher and then as a schoolteacher before taking up academic posts at the Universities of Edinburgh and St Andrews (where he held the first Gifford Research Fellowship). On being appointed to a lectureship at what was then St David's University College (later the University of Wales, Lampeter), he moved to Welsh-speaking rural Ceredigion and lived there for over a decade. When Lampeter merged with a neighbouring college and began to embrace priorities and policies with which he disagreed, he resigned and returned to Scotland to concentrate full-time on writing. In 2014 he became a Fellow with the Royal Literary Fund.

Arthur is listed on the Irish Writers Online database and is a member of Irish PEN and the International Association for the Study of Irish Literatures.

He received a Theodore Christian Hoepfner Award from Southern Humanities Review in 2004. Other awards include the Akegarasu Haya International Essay Prize (1986); the Beverly Hayne Memorial Award (1989); Times Higher/Palgrave Macmillan Writing Prize (2002 and 2003); and the Gandhi Foundation's Aitchtey Memorial Essay Prize (2004). He was awarded the Monroe K. Spears Essay Prize by the Sewanee review in 2015. Extracts from Irish Nocturnes, Irish Willow and Irish Haiku were included in the landmark Ulster Anthology, edited by Patricia Craig, which was published by Belfast's Blackstaff Press in 2006.

"(En)trance", the opening essay of Irish Elegies — which originally appeared in the Winter 2008 issue of The Literary Review — was chosen for inclusion in The Best American Essays 2009, guest edited by Mary Oliver.

According to Graham Good, Professor of English at the University of British Columbia, author of The Observing Self: Rediscovering the Essay (1988) and adviser to Encyclopedia of the Essay, edited by Tracy Chevalier (1997):

"Chris Arthur's recently completed 'Irish trilogy' of essay collections should not only put him on the map as the contemporary Irish essayist, but also raise general interest in the possibilities of the essay form in our time … Arthur's aim in his essays is to move from immediacy to immensity, from the vivid concrete particulars of an incident, an object, or a sight, to the most universal ideas: the human condition, the infinity of space and time, the complexity and connexity of the world … Arthur has had the wisdom to see that the personal essay is … exactly the right vehicle for the investigations he wants to undertake into the complexities of personal, social and religious identity. In an intellectual climate which usually treats meaning as 'socially constructed' it is refreshing to see it being created by what Arthur calls 'a richly textured individuality.' In this he shows himself a worthy inheritor of the tradition of Montaigne."

All of the essays start off being handwritten and go through many revisions before appearing in their final published form. Writing, for Arthur, is a time-intensive business that involves the discipline of repeated drafting.

"The world is everywhere whispering essays, and one need only be the world's amanuensis." 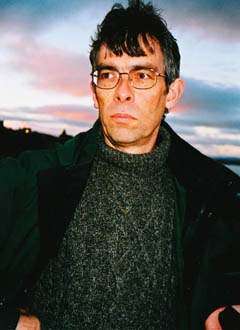 Chris Arthur in St. Andrews, where most of the first draft of Irish Willow was written. 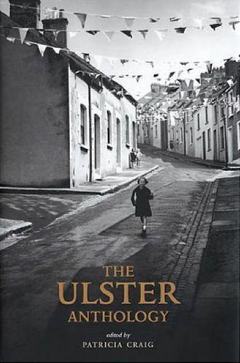 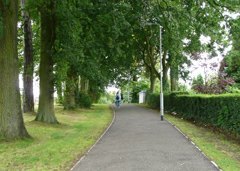 "Pencil Marks", written for a special Irish issue of Wasafiri (Summer 2010, Vol.25 no.2, pp.42-45), is concerned with a particular locale known as "Dr Mathieson's Hill", near where the author grew up in Lisburn, County Antrim. 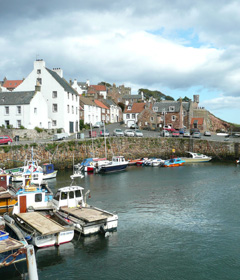 One of the picturesque fishing villages on Scotland's east coast, near where Chris Arthur now lives. 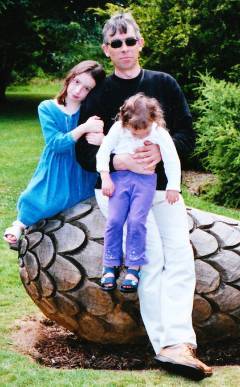 Chris with his daughters. 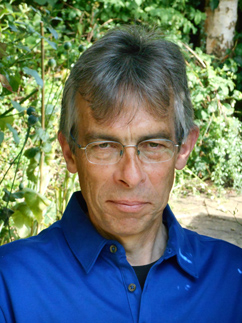 Chris Arthur, photographed in Scotland in 2014. 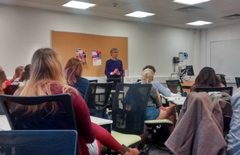 Teaching a masterclass at the University of Dundee in 2017. 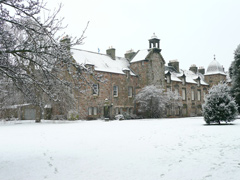